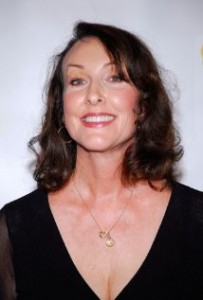 Tress MacNeille has been the most significant voice actress I’ve ever known. She has voiced such characters such as Charlotte Pickles on “Rugrats,” Pookie on “Hey Arnold,” and my most favorite role by her: Princess Angelina Contessa Louisa Francesca Banana Fanna Bobesca III also known as Dot Warner on “Animaniacs.”

MacNeille is also a great impressionist. In fact, she’s worked with Weird Al Yankovic’s music video that parodies the song “Mickey” by Tony Basil called “Ricky.” In it, she does a spot on impression of Lucille Ball. She also does these various impressions when voicing as Babs Bunny on “Tiny Toon Adventures,” and the many impressions she can pull off are stunning.

In addition to voicing in numorous cartoons, she’s also voiced in quite a few games. Three original projects I can think of that she’s in are as the voice of Fluffy Fluffy Bun Bun on “Toonstruck,” Jain on “Fallout,” and Tiny Kong on “Donkey Kong 64.”

MacNeille is the current voice of Daisy Duck for the Mickey Mouse cartoon franchise. One of my favorite times she’s voiced her is in the Straight to DVD movie, “Mickey, Donald and Goofy: The Three Musketeers.” Hopefully she’ll continue to do her voice as well as many other inspirational characters for a long time.