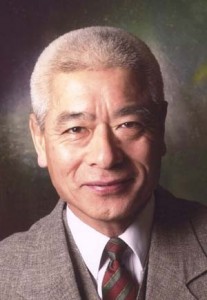 Togo Igawa, though Japanese, is not an official seiyuu. He is an actor who works in the United Kingdom. He has been in the voice acting industry for some time now. He has provided voices of Professor Moshimo on “Robotboy,” Zhang Li on “Perfect Dark Zero,” and is currently the voice of Hiro on “Thomas and Friends.”

Igawa has also been in a few movies. I myself have had the pleasure in seeing him in the French film, “Le Hérisson” or “The Hedgehog.” In this, he plays the role of a new neighbor named Kakuro Ozu living in an apartment, and changes the perspectives of a pessimistic 11-year-old girl and the grumpy housekeeper therein. In this, he spoke French, which he had never spoken before, prior to the filming of this production. However, he manages to pull it off very well.

Igawa has also been in a few television shows as well. In the television adaptation of the “Street Fighter” series, he plays as Gotetsu and Goma. He has also cameoed in two episodes of one of my favorite BBC series, “The IT Crowd,” where he plays as a Japanese Boss named Mr. Yamamoto.

Togo Igawa, a recent favorite voice actor of my personal choice, is an interesting actor. He has an elegant style to his performances, and his strong hearted and head strong personality is contagious. May he continue to do as much as he can in the acting world.