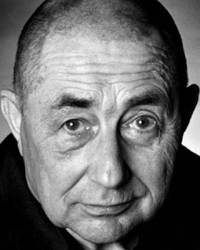 Timothy Dingwall Bateson was an actor I became familiar with back in the year 2007, and admired ever since. He has provided voices for characters like O.J. the paddle steamer on “Tugs,” the worm in “Jim Henson’s Labyrinth,” and Kreacher on “Harry Potter and the Order of the Phoenix.”

Bateson has also been seen in movies such as “Vice Versa,” “White Corridors,” “The Shakedown,” “Autobiography of a Princess,” “Tanglewoods’ Secrets,” and “True Blue.” He’s also been in movies adapted from classic stories such as “The Hunchback of Notre Dame” in 1982, “A Christmas Carol” in 1983, and “Les Miserables” in 1998.

He’s also been on many a television series like “BBC Sunday-Night Theater,” “The Adventures of Peter Simple,” “Three Live Wires,” “Both Ends Meet,” “Grange Hill,” and “Bonjour la Classe.”

When I heard the news of Mr. Bateson’s passing, I’ll admit, while I didn’t know him all that much back then, I was devastated. But I’m also glad to remember him by the characters he acted as and the dedication to his work. I’m proud I get these chances to learn about an actor of his caliber. Timothy Bateson will indeed be missed.