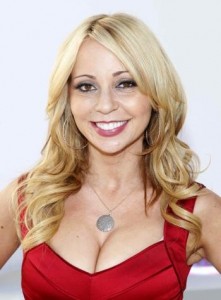 Born Tara Charendoff, Tara Strong has been in the voice acting industry for many years now. Her first voice acting job was as Hello Kitty for “Hello Kitty’s Furry Tale Theater” at the age of thirteen. She is also known for voicing characters such as Bubbles on the “Powerpuff Girls,” Timmy Turner of the “Fairly OddParents,” and, a current favorite, the speaking voice of Twilight Sparkle on “My Little Pony: Friendship is Magic.”

Tara Strong has a sweet quality to her voice, almost as if she has a honey-coated larynx. She has an adorable speaking voice, can sing quite well, and is quite a positive person. One of my favorite voices she does is Raven on “Teen Titans” and the current non-canon spin-off, “Teen Titans Go!” In this case, she showcases more of her talents as she brings a unique rasp from the bottom of her throat.

One of my favorite songs she sings is “Love Makes the World Go Round” from the Powerpuff Girls episode, “Mime for a Change.” She brings an adorable sound to such a fun song, and is able to harmonize well with E.G. Daily (the voice of Buttercup) and Cathy Cavadini (the voice of Blossom).

In all, Tara Strong is a popular voice actress with a wide range of voices and an uplifting attitude when voicing them. 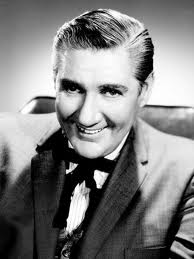 Born Maxwell Emmett Buttram, Pat Buttram has been a big part of my childhood. He may look familiar as he has played the role of Mr. Haney on “Green Acres.” His voice is also familiar. It may or may not surprise you to know that Napoleon on “The Aristocats,” Luke the Muskrat on “The Rescuers,” and Cactus Jake on “Garfield and Friends” were all voiced by him.

Pat Buttram has also been in a few TV shows and movies, not just “Green Acres.” He’s also been in movies alongside Gene Autry, the famous singing cowboy. I have seen a few of Gene Autry’s movies with Pat Buttram, and I’d have to say “Texans Never Cry” is one of my favorites. Buttram serves as the film’s comic relief as character Pecos Bates. In some of Autry’s other movies, he either goes by a different character name, and other times, the characters he play have the same name he does.

Pat Buttram was a very unique voice actor, with a very distinctive voice that’s easy to notice. He was a very humorous man as well, knowing just what to say to make people laugh. Pat Buttram is a name that I will remember for a long time.

All pictures displayed are property of their original owners.