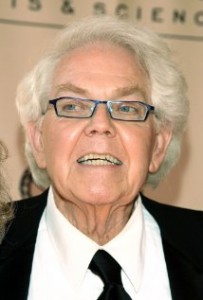 Stanley Victor Freberg was a very distinguished an notable voice artist. He’s provided  voices for characters such as the Beaver from “Lady and the Tramp,” Dr. Whupple from “The Garfield Show,” and narrated “The Three Little Bops” as well as voicing Pete Puma.

Freberg was a rather satirical actor; by which I mean some of the work he had done were satires and parodies. One of the films he has done was a film called, “Callaway Went Thataway.”  Other films he has done are “Geraldine,” and had a non-speaking appearance in “It’s a Mad Mad Mad Mad World.”

He’s also done recordings for Records. One such project he did was “St. George and the Dragonet.” Others he did were  “Little Blue Riding Hood,” “Sh-Boom,” and “The Quest for For Bridey Hammerschlauden.”

Stan Freberg was very well respected. I had only heard about his passing ten days after it happened during Rob Paulsen’s “Talkin’ Toons” podcast. But that doesn’t mean I lose respect for all of Freberg’s work and all the joy he brought to others.