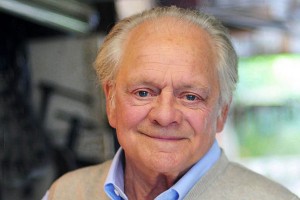 Sir David Jason has also worked on television for many years. He has gained a reputation from working on shows such as “Only Fools and Horses” where he plays as Del Boy,  “A Touch of Frost” where he played Detective Inspector Jack Frost, and “The Colour of Magic” where he played as a wizard named Rincewind.

Sir David Jason had also been on radio a few times as well, including “Week Ending,” “The Jason Explanation,” and played the voices of the Captain of the B Ark and the Caveman in the radio adaptation of Douglas Adams’ “The Hitchhiker’s Guide to the Galaxy.” He had also narrated for “The Book at Bedtime” adaptation of Charles Dickens’ “A Christmas Carol.”

Sir David Jason, with his wide range of voices, has been a significant part of animation and voice artistry for years. He’s inspired many people, and hopefully, will continue to inspire others with his performances.

All pictures you see here are property of their respective owners. All rights reserved.