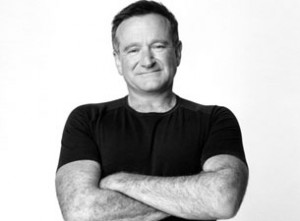 Born Robin McLaurin Williams, Robin Williams’ death back in August 2014 really was a devastation, for he left behind a lot of great work and smiles on peoples’ faces.  He has voiced characters such as Batty Koda on “Ferngully: the Last Rainforest,” Fender on “Robots,” and his most famous voice acting role, Genie on “Aladdin.”

Williams had a bright sense of humor and his ability on his standup comedy and improv really made people laugh. When Eric Goldberg, animator of the Genie, considered to have Williams as the voice of the character, he would first make a lip-synching animation using Williams’ comedy routine on record. This test proved successful, as even Williams himself had laughed with joy with Goldberg’s animation technique.

I remember actually watching an episode of “Whose Line is it Anyway” where Robin Williams was a guest. His humor blended well with the minds of Drew Carey, Wayne Brady, Colin Mochrie, and Ryan Stiles. Williams’ dedication to his contribution to the improv kingdom really made me laugh with happiness, and I believe, he was one of the best guests to ever be on “Whose Line.”

Robin Williams’ hard work has made people laugh for many long years, and his work on “Night at the Museum,” “Mrs. Doubtfire,” and “Good Will Hunting” continue to have people smiling at the effort he did. He will indeed be missed, and will not be forgotten any time soon.

All images you see are property of their original owners. All rights reserved.