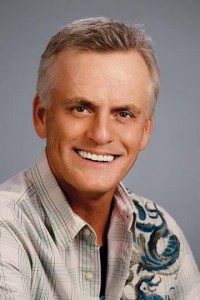 Born Robert Fredrick Paulsen III, Rob Paulsen has been in the voice acting industry since the 1980’s. He has voiced such memorable characters such as Yakko Warner on “Animaniacs”, the first voice of Raphael on the original “Teenage Mutant Ninja Turtles” series, and as Augustus “Gusto” Gummi on Disney’s Adventures of the Gummi Bears.

Paulsen originally was a singer before he was discovered as a voice actor. With his velvety singing voice and remarkable voice acting ability, I’m not surprised. He’s very talented, and very modest. Interestingly, he’s in Ciro Nieli’s version of “Teenage Mutant Ninja Turtles”, and though he’s voicing Donatello currently, there was one instance where he reprised his role as Raphael.

Paulsen is a very uplifting and warm-hearted person. Most of the voice actors he works with are his dearest friends. In fact, he even interviews some of his friends on his own podcast; “Talkin’ Toons with Rob Paulsen.” For more information, please visit robpaulsenlive.com

As Rob Paulsen says, “Laughter is the best medicine, and the cool thing is, you can’t OD and the refills are free.” 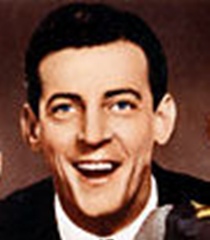 Born Paul Wilchinsky, Paul Winchell has provided many voices for familiar characters. He did have a tendency to stutter when he was younger, but once he learned ventriloquism, his stutter went away. He brought to live the voice of a ventriloquists dummy he called Jerry Mahoney. After that, he started doing voice over as Tigger from the “Winnie the Pooh” franchise, Dick Dastardly on “Wacky Races”, and Mr. Owl of the “Tootsie Pop” commercials.

Winchell brings an interesting vocal quality to each of his roles. You could really sense the true spirit of whatever character he voices. For Tigger, you truly felt a warm uplifting happy-go-lucky light, and for Dick Dastardly, you could feel his dastardly wickedness in his sinister tone of voice.

What I found interesting that Winchell was also an inventor, bringing to life the disposable razor, a retractable fountain pen, and patented the Jarvik artificial heart. Also, talent runs through his family as his daughter, April Winchell (whom I shall discuss on here soon) is also a talented voice artist.

Paul Winchell is one who will certainly be remembered for a long time, with the memories of nostalgic characters he’s left behind.

All pictures you see belong to their original owners. All rights reserved.