Jonathan Gould III is an interesting actor from up in Canada. He is a one hit wonder because he has voiced the character of Dave the skunk from the Nelvana Flash animated series, “Scaredy Squirrel.”

Gould is more famous as an actor on screen. He plays a character named Jason in the mockumentary, “The Buck Calder Experience.” On the short film, “Baby Brain,” he played a character called Cedrik.

Gould is also known to play roles on stage. He has been known to do productions such as “An Ideal Husband,” and “The Doctor’s Dilemma.” Gould has also collaborated with his young sister, contributing his lyrical talent by writing songs.

Jonathan Gould is an actor I really enjoy listening to. His hard work and passion for what he does is no doubt going to be helpful in future performances in whatever he does. Keep bringing the comedy, Gould. 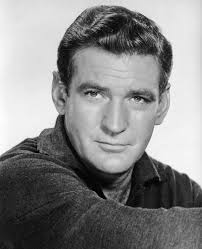 Rodney Sturt Taylor was an Australian actor with a fascinating style to his performances. He is a one hit wonder because he has provided the voice of Pongo on “101 Dalmatians.”

Rod Taylor was mostly a well renowned actor one the silver screen. He has worked on roles such as Mitch Brennar on “The Birds,” Mike Mitchell on “Sunday in New York,” and Sean O’Casey in “Young Cassidy.” His favorite stage role was as Herbert George Wells in “The Time Machine.”

Rod Taylor was a unique, wonderful, and devoted actor. He really knew how to take a role and make it his own. He is one that will be remembered for many years, thanks to the legacy he left behind.