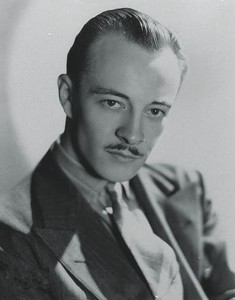 Born Lester Tremayne, Les Tremayne was a very popular actor in voice acting and radio. He’s been noted to speak with what most people would describe as “a proper British accent.” Tremayne has voiced characters such as the Humbug in Chuck Jones’ adaptation of “The Phantom Tollbooth,” Orin on “Rainbow Brite and the Star Stealer,” and Harry the Cat on Chuck Jones’ adaptation of “A Cricket in Times Square,” and its two sequels, “A Very Merry Cricket,” and “Yankee Doodle Cricket.”

Tremayne, as mentioned, also worked on radio shows, such as “The Adventures of the Thin Man,” “The Romance of Helen Trent,” and “The Falcon.” His distinctive baritone, almost higher than bass voice, was well recognized with an immense crowd of people who were avid listeners.

He’s also been in television numerous times. Tremayne has been seen on episodes of “Rawhide,” “Whispering Smith,” and “The Alfred Hitchcock Hour.” He brings a certain style of class to his performances which is really interesting to watch.

Les Tremayne has entertained people for a long time with a certain natural quality in his voice and an elegant emphasis on his composure. Les Tremayne is gone, but not forgotten.

All pictures you see here are property of their original owners. All rights reserved.