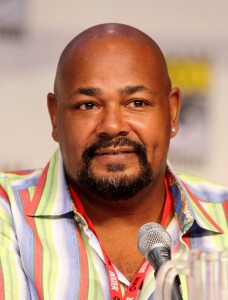 Kevin Michael Richardson is another voice actor I’ve known and respected for many years. He is well known as the voice of Captain Gantu on “Lilo and Stitch,” Cleveland Jr on “The Cleveland Show,” and Exile on “Road Rovers.” His distinctive deep voice is very familiar to the ears.

He has been on a few shows on TV, such as a character named Stan on “How I Met Your Mother.” He’s also a great singer, having sung alongside Seth MacFarlane and Frank Sinatra, Jr on one occasion. Though he is a bass, his range is incredibly versatile, as illustrated with his higher voice as Demongo on “Samurai Jack,” and a lower sinister voice as the current voice of Shredder on “Teenage Mutant Ninja Turtles.”

Kevin Michael Richardson has been one of my favorite voice actors since I was younger, and I shall continue to listen and respect his work for years to come. 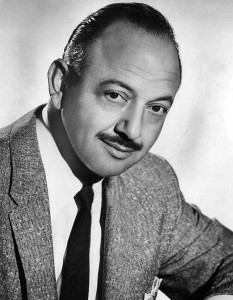 Born Melvin Jerome Blanc, Mel Blanc is perhaps the most well respected voice actor who ever lived. Of course, he’s voiced many characters of “Looney Tunes” such as Bugs Bunny, Daffy Duck, Porky Pig, Sylvester the Cat, Tweety Pie, Pepe Le Pew, Yosemite Sam, the Tasmanian Devil, and many others. He has also voiced Barney Rubble on “The Flintstones,” Heathcliff the cat on the cartoon of the same name, and Tucker Mouse on Chuck Jones’ adaptation of “A Cricket in Times Square.”

Mel Blanc was a kind and well loved man. He wouldn’t mind doing so many voices at one time for he loved to make people happy. Even when a fan would approach him, he wouldn’t mind doing a voice of a certain character for that fan. He worked really well with other people like June Foray, Don Messick, and Daws Butler.

Voice acting has done more than making people happy for him. In fact, there was one case where voice acting saved his life. In 1961, Mel Blanc was involved in a car accident. He slipped into a coma, but was otherwise alive at the time. The doctors and the people who loved him were worried that he might not make it. However, one doctor got the idea to turn on a television set while Looney Tunes was on. Another doctor had called out if Bugs Bunny could hear him. Miraculously, Mel Blanc was able to do the voice just as a certain character he voiced had their name called. Mel Blanc made an able recovery thanks to voice acting.

Mel Blanc is one who will always be treasured. He has provided many characters with bold long legacies, and will be remembered for the compassion and devotion he brought to all of his performances.

All pictures you see are property of their original owners. All rights reserved.