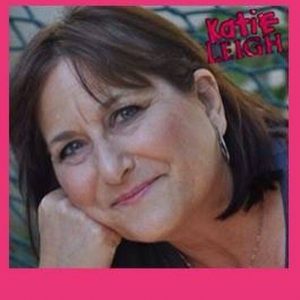 Born Katherine Leigh, Katie Leigh has been in the voice acting industry ever since she was 23 years old. She has provided voices for characters like Sunni Gummi on “Disney’s Adventures of the Gummi Bears,” Honker Muddlefoot on “Darkwing Duck,” and the US voices of Little Miss Chatterbox, Little Miss Helpful, and Little Miss Daredevil on “The Mr. Men Show.”

Katie Leigh is also known for her voice on radio. On “Adventures in Odyssey,” she has played as the character Connie Kendall. Other actors she has worked alongside with on “Adventures in Odyssey” were the likes of Hal Smith, Alan Young, Andre Stojka, Corey Burton, and Jess Harnell, to name a few. Katie Leigh has also done well in voicing in a few video games. Some examples include her role as the Maharajah on “Indiana Jones and the Temple of Doom,” a Soldier on “Lost Odyssey,” and as Millie Chliette on “Star Ocan: First Departure.”

Currently, Leigh is teaching others how to voice act; showing them that voice acting is more about creating a character vocally rather than just doing a different voice. Katie Leigh is a vocal treasure with a versatile range and unique gift.

Special thanks to Katie Leigh herself for providing the picture of herself for this post.