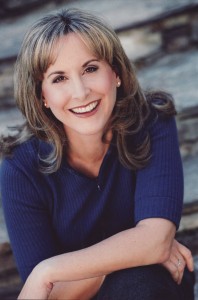 Born Jodi Marie Marzorati, Jodi Benson has been a professional voice actress since she was younger. Notable vocal credits include her has Ariel on “The Little Mermaid,” Patsy Smiles on “Camp Lazlo,” and Barbie on “Toy Story 3.” She has an amazing vocal range, accompanied by a beautiful singing voice.

Benson has also done some live action work, including a cameo in the Disney movie, “Enchanted.” She’s also done a bang-up job as a dead ringer as the voice of Lady on “Lady and the Tramp II: Scamp’s Adventure,” and has recently been heard voicing as Belle after Paige O’Hara couldn’t do the voice any longer.

As mentioned, Benson has a beautiful singing voice, singing amongst other actresses such as Judy Khan and Lea Salonga on the song, “If You Can Dream,” and possibly her most famous song, “Part of Your World.”

Benson’s voice has captured the hearts of those who long to keep dreams to their hearts, and is an inspiring person with a warm soul and wonderful compassion.