Basically, how my website works is I will pick two of my favorite voice actors (one living, the other non-living) and discuss them. 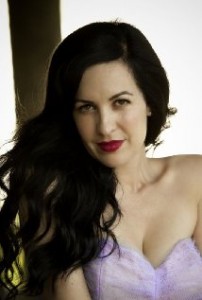 Born Erin Grey Van Oosbree,  Grey Delisle has been a wonderful part of my childhood. At this point in time, she’s the current voice of Daphne Blake of the Scooby Doo franchise.  Before voicing her, she also voiced characters such as Mandy on the Grim Adventures of Billy and Mandy, Sam Manson on Danny Phantom, and Vicky on The Fairly OddParents.

What I like about her is her beautiful range. She has the singing voice of an angel, and has the occasional fiery spark of an imp. She has supplied voices with pure heart for heroes such as Wubbzy on Wow Wow Wubbzy, and deliciously wicked evil villainesses such as Azula on Avatar the Last Airbender.

Her singing voice, as I stated, is angelic. I heard her do a cover of Queen’s “Bohemian Rhapsody,” and it sounds as if the metal gold had been given a specific sound. She brings a softness to it that’s pure and innocent, though it deals with a hard subject manner within. She really knows how to turn a classic into something just as brilliant.

Grey Delisle is a wonderful person with a good heart and a fine spirit. She brings new light and great possibilities along with other voice actresses I respect. 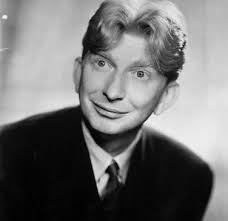 Born Sterling Price Holloway Jr., Sterling Holloway is a voice you’ll recognize, but his face may be a bit unfamiliar. You may know him better as the original voice of Winnie the Pooh, the Cheshire Cat on Disney’s “Alice in Wonderland”,  and the narrator of the English dub of the movie “Alakazam the Great.”

Sterling Holloway was, from what I understand, a kind hearted man. He was a bit shy as well, which was something I would have related with, had he been alive when I was born. I have watched quite a bit of his films and recorded much more. Two of my personal favorites with him are the Gene Autry film, “Robin Hood of Texas,” and the MGM classic, “The Merry Widow.” He brings a bright spirit to each of his roles that you can’t help but smile warmly at.

He did sing a few times, bringing a light easily recognizable close-to-falsetto tone to the melodies. One song he sung was in the movie, “Remember the Night,” where we hear his rendition of “The End of a Perfect Day.” Listening to it brought tears of joy to my eyes.

Sterling Holloway was one of the inspirations for me to create this website. Without him, we wouldn’t have had such wonderful characters we grew up with over the years.

All pictures you see belong to their respective owners. All rights reserved.