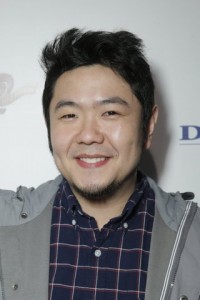 Eric Bauza, originally a layout artist, has worked in the voice acting gig for quite a while. His talent is definitely worthy of being so. He has voiced in projects such as “The Fairly OddParents” where he voices as Foop, “Uncle Grandpa” in which he’s Belly Bag, and “El Tigre: The Adventures of Manny Rivera” where he voiced White Pantera/Rodolfo Rivera.

Bauza is also a remarkable impressionist. He is able to act as Mel Blanc’s Marvin the Martian, Antonio Banderas’ Puss in Boots of the Shrek franchise, and the voice of Dr. Benton Quest of the Jonny Quest series. This talent comes in handy in the animation business, especially when a certain role needs to be reprised.

Originally a layout artist, Bauza is more familiar with the animation business than a lot of other actors are. He knows just which mood to set and which voice is appropriate for a certain story. This experience helps him out with his voice-acting abilities to grow as an artist as well.

Eric Bauza is a truly artistic powerhouse, being able to draw, act, and perform stand up comedy. He will continue to bring laughter into others’ lives, seeing as how we all need a little laughter once in a while.

All pictures and information you see before you is property of their original owners. All rights reserved.