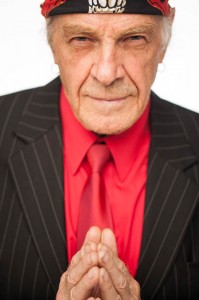 Born Donald Harvey Francks or Iron Buffalo, Don Francks has been a different kind of voice artist for me. I mostly know his daughter’s work, but I do know his work. He has voiced characters such as the speaking voice of Mok Swagger on “Rock and Rule,” Boss Mouse on “Eckhart,” and was the first voice of Dr. Claw on “Inspector Gadget.” This was where we were introduced to his daughter’s vocal work, that of Miss Cree Summer.

Francks is mostly a well known singer and actor. Because he has such a deep voice, he’s been known as the “Orson Wells of Canada.” He has also had the pleasure of working  on a cartoon co-produced by Gene Simmons called “My Dad the Rock Star.”

Don Francks has an interesting vocal range, and talent really runs in his family. His daughter, Cree Summer, shall also be discussed. May he continue to work hard at all he does.

All pictures you see here are property of their original owners. All rights reserved.