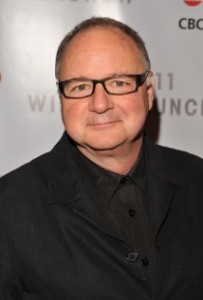 Derek McGrath is an actor whom I recently got acquainted with. He has provided voices for characters such as Mayor Melvin on “Bob and Doug,” Spike on “Heathcliff and the Catillac Cats,” and one of my personal favorite performances: Spiff on “Iggy Arbuckle.”

McGrath was also a well-known television actor. He has played as characters such as Oswald Valentine on “Dallas,” Tony Petardi on “Who’s the Boss,” and most famously, Andy Schroeder on “Cheers.”

McGrath has also written and performed songs. One of my most favorite songs he sings is a little number he wrote called, “Stranger,” where it talks about a woman who recently had her heart broken, and a man who regularly attends at the cafe she visits. The singer wanted to approach the woman, but being a stranger, he couldn’t do so. However, the woman in the song actually talks to him and says not to be a stranger.

Cuz a stranger’s not supposed to care… and that ain’t fair.

McGrath, now an avid activist, is looking for new ways to help change and save the world from cruelty. He asks his friends as much as he can to help, and so far, people are listening. I am also here to help him spread the word. Derek McGrath is still acting, in the beautiful Canadian city he calls home: Lindsay, Ontario, Canada.