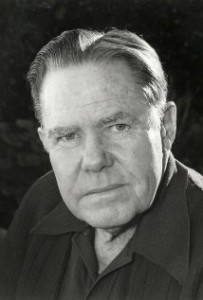 Born Charles Dawson Butler, Daws Butler has been a long known voice actor for many years. He has voiced characters such as Yogi Bear, Elroy Jetson on “The Jetsons,” and Peter Perfect on “Wacky Races.”

Also dabbling in a bit of puppetry, Butler has also performed as Beany Boy on “Beany and Cecil.” Eventually, this went on to be a cartoon, created by Bob Clampett, where Butler reprised his role as Beany Boy.

Butler has also lent his voice for a comedy record called, “St. George and the Dragon Net.” Before he passed away, he would also go on to teach people who would later become voice actors. These people include these whom I shall later discuss: Nancy Cartwright, Corey Burton, and Joe Beliacqua.

Daws Butler has been an inspiration and a great help to may voice actors over the years. He has been well remembered, and will still be remembered for his great work in the field.

All pictures and information you see belong to their original owners. All rights reserved.