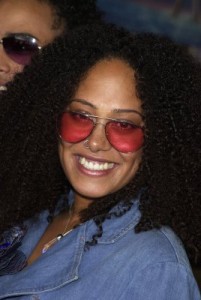 Born Cree Summer Francks, Cree Summer is a great voice actress who started at a young age. She has voiced characters such as Penny on “Inspector Gadget,” Princess Kida on “Atlantis: the Lost Empire,” and Abigail Lincoln also known as Numbuh 5 on “Codename: Kids Next Door.”

Summer is a woman with quite a bit of sass. Though she at one point denied it, she actually has a lot of talent in her. The different types of characters she voices are amazing. She’s voiced African American characters like Foxxy Love on the adult cartoon, “Drawn Together,” Caucasian characters such as Elmyra on “Tiny Toon Adventures,” and even voiced as quote unquote villainess Tiff Crust on “My Life as a Teenage Robot.”

Summer, being the daughter of Don Francks, helped Cree get into the world of voice acting. In fact, he was the one that got her the job as Penny on “Inspector Gadget.” If it weren’t for him, we wouldn’t be able to hear all of the passion and fun she puts into all of her roles.

Cree Summer has been one of my favorite voice actors for a long time, and she has one of the voice actresses my mother can easily find whenever we watch television together. It’s comforting to know that Cree Summer is young and full of life, able to entertain the world with her distinctive slightly raspy sassy voice.

All pictures you see are property of their respective owners. All rights reserved.