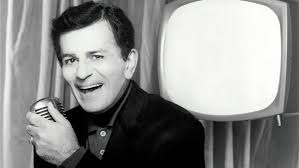 Born Kermel Amal Kasem, Casey Kasem has been another important part of voice acting history. His unique voice has been provided to characters such as Norville ‘Shaggy’ Rogers on “Scooby Doo, Where Are You,” Robin on “Super Friends,” and Peter Cottontail on Rankin-Bass’ stop motion special, “Here Comes Peter Cottontail.”

Kasem, a notable disc jockey, used to work for NBC. He brought a great light to announcing the newest songs at the time, and the radio shows that would play on that station. He also did a program on the radio called “American Top 40”, along with Don Bustany, Tom Rounds, and Ron Jacobs.

Afterwards, he went on to make his own radio show, “Casey’s Top 40,” to which he would use a different list to explain the top 40 in music at that time. Shortly after, he went back to “American Top 40,” for he was doing so well in his own business, the others wanted him back.

The day that Kasem was kidnapped really was a devastating time. But after he was returned, the world rejoiced. However, this was short lived, for he had passed away soon after. But he is always remembered for the voices he provided, and the memories that were shared with others.