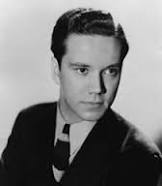 Bill Thompson, I believe, shall be a desire to discuss today. He’s voiced characters from my memory such as Droopy Dog from the Tex Avery classic shorts, Mr. Smee on “Peter Pan,” and Touche Turtle on “Touche Turtle and Dum Dum.”

Thompson’s parents were vaudevillians. He originally started out on Don McNeil’s series, “The Breakfast Club.” It was this series where he created his most distinctive voice as character Wallace Wimple. He’s also been on “The Sinclair Weiner Minstrels,” “Fibber McGee and Molly,” and worked with Edgar Bergen as ‘Professor Thompson.’

Other characters Thompson voiced were the White Rabbit on Walt Disney’s adaptation of “Alice in Wonderland,” George Cat on the Tom and Jerry cartoon, “Timid Tabby,” King Hubert on “Sleeping Beauty,” and Uncle Waldo on “The Aristocats.” He’s also been on a game show called “To Tell the Truth.”

Bill Thompson has worked very hard on radio and voice acting. He’s done very well at what he did, and I can distinctly remember his voice no matter what he does.