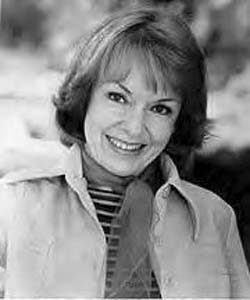 It is easy to say that Janet Waldo was a voice that a lot of people have heard of and remembered from their childhoods. She has provided voices for characters such as Penelope Pitstop on “Wacky Races,” Josie McCoy on “Josie and the Pussycats,” and Judy Jetson on “The Jetsons.”

Waldo has made her successful debut on radio for her warm and wonderful voice. She has been on programs such as Irene Franklin on “One Man’s Family,” Janet Shaw-Lewis on “Young Love,” and was the narrator on “Whispering Streets.”

Waldo was also noted for being a film and television star. On film, she was characters such as Ruth Phelps on “Tom Sawyer, Detective,” Elsa on “Waterloo Bridge,” and Ellen Grant on “The Bandit Trail.” On television, she was characters such as Janet on “The Adventures of Ozzie and Harriet,” Libby Freeman on “Valentine’s Day,” and has also appeared on shows like “I Love Lucy,” and “The Andy Griffith Show.”

Before her unfortunate passing in 2016, I had the pleasure to be Janet Waldo’s friend on Facebook. She was indeed very kind to her friends. Seeing the joy she gave to others made me smile. I continue on, though, knowing that she has made others happy with the work she put into her performances, and the effort she gave with her friends.