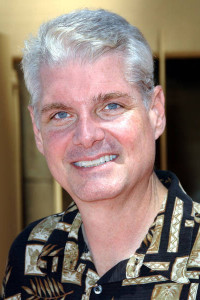 Thomas Kane Roberts is an actor who has been a major part of entertainment when I was growing up. He has provided voices for characters such as Professor Utonium on “Powerpuff Girls,” Darwin on “The Wild Thornberrys,” and Mr. Herriman on “Foster’s Home For Imaginary Friends.”

Tom Kane is also an excellent voice imitator. He is able to do an impression of Frank Oz’ Yoda for the Star Wars Franchise, which is what he does for animated adaptations of the franchise. Before George Coe’s passing, he took over as the voice of Woodhouse on “Archer.”

Tom Kane has been in a few movies such as “Dracula II: Ascension,” “Dear Santa,” and has appeared as himself on “Poetry Contest: Poems in History.”

There is no doubt that Tom Kane’s voice is versatile. He is inspirational to others, a huge influence to animation and voice acting fans, and is an intriguing prominent figure in the eyes of live action and animation alike.