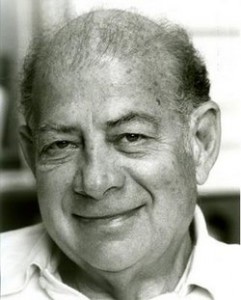 Born Ira Stadlen, Allen Swift was a voice artist with a very diverse set of roles. He voiced characters such as Simon Bar-Sinister from “Underdog,” Odie Colognie on “King Leonardo and His Short Subjects,” and Baron Barracuda on “Diver Dan.”

I say that Swift’s acting roles are very diverse because that statement is true.  In his younger years, he was in a wide variety of short films like “Pump Trouble,” “Boo Moon,” and “Gaston is Here.” Even in his older years, he narrated on a television program called “Barpappa,” has appeared in the movie, “Seize the Day,” and had even provided the voice of the Hunchback on the “Courage the Cowardly Dog” episode, “The Hunchback of Nowhere.”

Swift was not only an actor, but even wrote a script for a short titled “Samson Scrap and Delilah.” He also was a playwright for a production called “Checking Out.” Swift also narrated for a documentary titled “There Are Still Slaves In The World,” in 1964, back when segregation was still about.

Allen Swift was a very talented man. His health may have gone downhill since he accidentally toppled over while walking his dog, but that didn’t stop him from showing us the marvelous man that he was. I remember hearing the news about Swift’s passing, and I was upset about it, but I am comforted by all of the hard work he left behind.