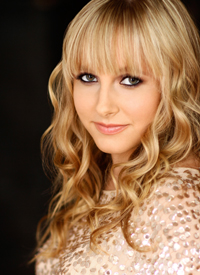 Andrea Eva Libman is a voice actress I’ve known about for quite some time now. She’s provided voices on shows like “Madeline,” “Yakkity Yak,” and “Dragon Tales.” Currently, she is the voices of both Pinkie Pie and Fluttershy in the fourth generation of the My Little Pony franchise; “My Little Pony: Friendship is Magic.”

Libman has also dubbed voices for certain anime roles. Some of these voices include Orega from “Elemental Gelade,” Mileina Vashti from “Gundam 00,” Cookie from “Kishin Corps: Alien Defender Geo-Armor,” and Anita on “Night Warriors: Darkstalkers’ Revenge.”

Andrea Libman has also done a few live action roles in her career. She has appeared on projects such as “Little Women,” “Andre,” “Highlander: the Series,” “Susie Q,” and “Lyddie.”

Libman has a very dynamic vocal range, while at the same time, when voice acting, you can somewhat hear which voice is hers and how she’s putting her effort into her work. From what I understand, she’s a kind person as well, able to show appreciation for her fans in return the appreciation they give her. Andrea Libman, you truly are amazing. 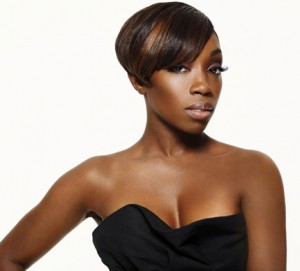 Estelle Fanta Swaray, or commonly Estelle, is a singer who has joined into the voice acting business since 2013. The character she voices is Garnet on the Cartoon Network animated series, “Steven Universe.”

I managed to hear a bit of Estelle’s music before, specifically the song she collaborated with Kanye West titled “American Boy.” Her voice has a slight rasp into it, but that provides a lot of moxie to her vocals, giving her an interesting caterwaul. Estelle has also collaborated with other vocalists. They include John Legend with the song, “No Other Love,”  Robin Thicke with the song “Rollacoasta,” and Rick Ross with the song, “Break My Heart.”

Estelle’s character, Garnet, is a very interesting and relatable character. On “Steven Universe,” she is shown as calm and mysterious, with a little bit of red inside. “Steven Universe” is one of my current favorite cartoons, and Garnet is one of the reasons why. She’s strong, she’s wise, and she’s also caring towards Steven in helping him develop his powers more.

Estelle, a unique vocal talent, can sing and can act. To me, that’s a winning combination of the kind of people who can get into the voice acting world. Estelle is still new, but more and more people are discovering her vocal talent, and they should know about the kind of vocal abilities she has.