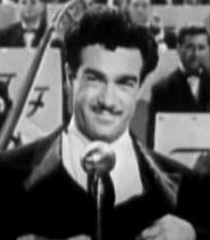 Candy Candido is another actor with an interestingly deep voice. He has provided voices for characters like Maleficent’s pig-faced goon on “Sleeping Beauty,” the Awful DYNNE on Chuck Jones’ “The Phantom Tollbooth,” and Fidget on “The Great Mouse Detective.”

Candido has performed in a few movies as well as lending his voice. He was in performances such as “Forgotten Prisoners: The Amnesty Files,” “Herbie Rides Again,” “Plunderers of Painted Flats,” and “Botsford’s Beanery.”

His voice, being deep and gruff, has often used for more somewhat “ferocious” performances. For instance, his voice was used as bear growls on “Fun and Fancy Free” as well as “The Fox and the Hound”, wolf noises on Disney’s adaptation of “Peter and the Wolf”, the alligators of “The Rescuers,” as well as Shere Khan’s roar in Disney’s “The Jungle Book.”

Candy Candido’s gravely voice is easily distinguishable in quite a bit of movies and tv shows. Once you hear his voice, you get an idea about who he is.  Candido’s voice is one that will be remembered.