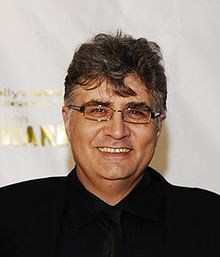 Maurice LaMarche is one of the first voice artists I was introduced to.  He has voiced characters such as The Brain on “Pinky and the Brain,” Morbo on “Futurama,” and Father on “Codename: Kids Next Door.”

LaMarche had done a little bit of live action work before stepping into voice acting. He worked on a television series called “Sidestreet”. LaMarche was also on The Facts of Life,”  “Faerie Tale Theatre,” and “The Slap Maxwell Story.”

LaMarche voiced characters on shows made in both America and Canada. In Canada, he worked on shows such as “Inspector Gadget,” “Popples,” and “Dennis the Menace.” In America, he worked on shows like “Ducktales,” “Tiny Toon Adventures,” and “The Critic.” It is also worth noting that LaMarche is also a great impressionist. He can do impressions of William Shatner, Orson Welles, Kirk Douglas, and many more.

Maurice LaMarche’s career was built on his exceeding talent and marvelous level of expertise. He has years of experience to work with, and it is recognized by people to this day.