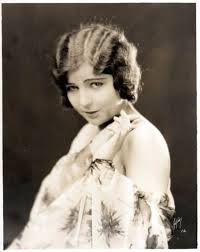 Barbara Luddy was an actress that is very familiar to the Disney world. She has provided voices for characters like Lady on “Lady and the Tramp,” Merryweather on “Sleeping Beauty,” and was the original voice of Kanga on the “Winnie the Pooh” shorts.

Barbara Luddy was also know to be in movies and short films. She was in short films such as “East Side, West Side,” “The Fighting Tailor,” and “The Bathing Suitor.” Other characters in films she played as are Barbara Barstow in “Born To Battle,” Mary Jackson in “Headin’ North,” and Mae in “Her Secret.”

Luddy has also been on television series such as “Make Way For Daddy” where she plays a character named Miss Allman, “The Donna Reed Show,” “Lawman,” and “77 Sunset Strip.”

Barbara Luddy has been one of my favorite actresses for a long time. Her sweet voice is easily recognizable, and I often know who she voices when I see one of her projects. She’s wonderfully talented, no matter what she’s in. 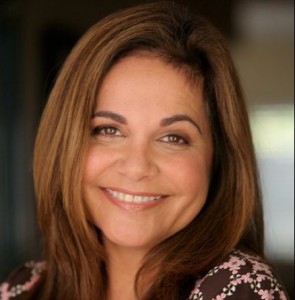 Born Candyce Ann Rose Milo, Candi Milo has been a very successful voice actress for many years. She’s provided voices for characters like The Flea on “Mucha Lucha,” Coco, Madame Foster, and Cheese on “Foster’s Home For Imaginary Friends,” and Dr. Nora Wakeman on “My Life as a Teenage Robot.”

Miss Milo is not only a highly regarded voice artist, but she is also amazing in the theater industry. Some of her works include her performance as Maria on “Twelfth Night,” an Ensemble Soloist on “Dreamgirls,” Baby on “To Sir With Love,” and Stand Up Comedienne on “Just for Laughs Festival.”

Candi Milo has also appeared on a few television shows. She’s been on programs such as “Days of Our Lives,” “Gimme a Break,” “Perfect Strangers,” “Knots Landing,” and “ProStars.” She has also made a few appearances in movies such as “Cool World,” “A Hollywood Hounds Christmas,” “Spirited Away,” and “Batman Beyond: The Movie.”

There is no denying that Candi Milo is a very talented woman. She has been known to make me laugh and smile a few times with her witty and adorable performances. Candi Milo, we are all proud of your great success. 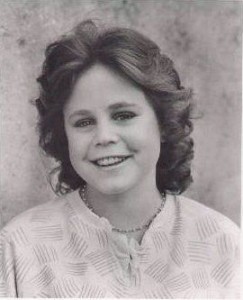 Born Dana Lynne Goetz, Dana Hill was a very notable voice actress. She has provided voices for characters like Max Goof on “Goof Troop,” Danny on “Rover Dangerfield,” and possibly her most unusual performance; Jerry on “Tom and Jerry: The Movie.”

Hill has done a few roles on live action films, not just animated movies. For instance, she has played roles on films like “Fallen Angel,” “Cross Creak,” and at one point, she was Audrey Griswold of National Lampoon. She played Audrey on “National Lampoon’s European Vacation.”

Hill’s roles on TV were wonderful as well. She’s appeared on a few TV programs like “Mork and Mindy,” “The Two of Us,” “Magnum, P.I.,” and “Faerie Tale Theatre.” She’s also appeared on TV movies like “The Member of the Wedding,” “Silence of the Heart,” “Combat Academy,” and “P.J. Sparkles.”

Dana Hill was a woman with a lot of talent in her wheelhouse and plenty of potential. Her Type 1 Diabetes, unfortunately, gave her health complications, but that didn’t limit the amount of talent she had. Dana Hill is one that will be remembered for a long time, longer than after she left this world. Dana Hill, I, as a fan, still miss you.

All pictures and information you see here is property of their respective owners. All rights reserved.